There’s never been a better time to play, learn, watch, or just enjoy the skills, commitment, power, and passion of the Castleford Tigers. 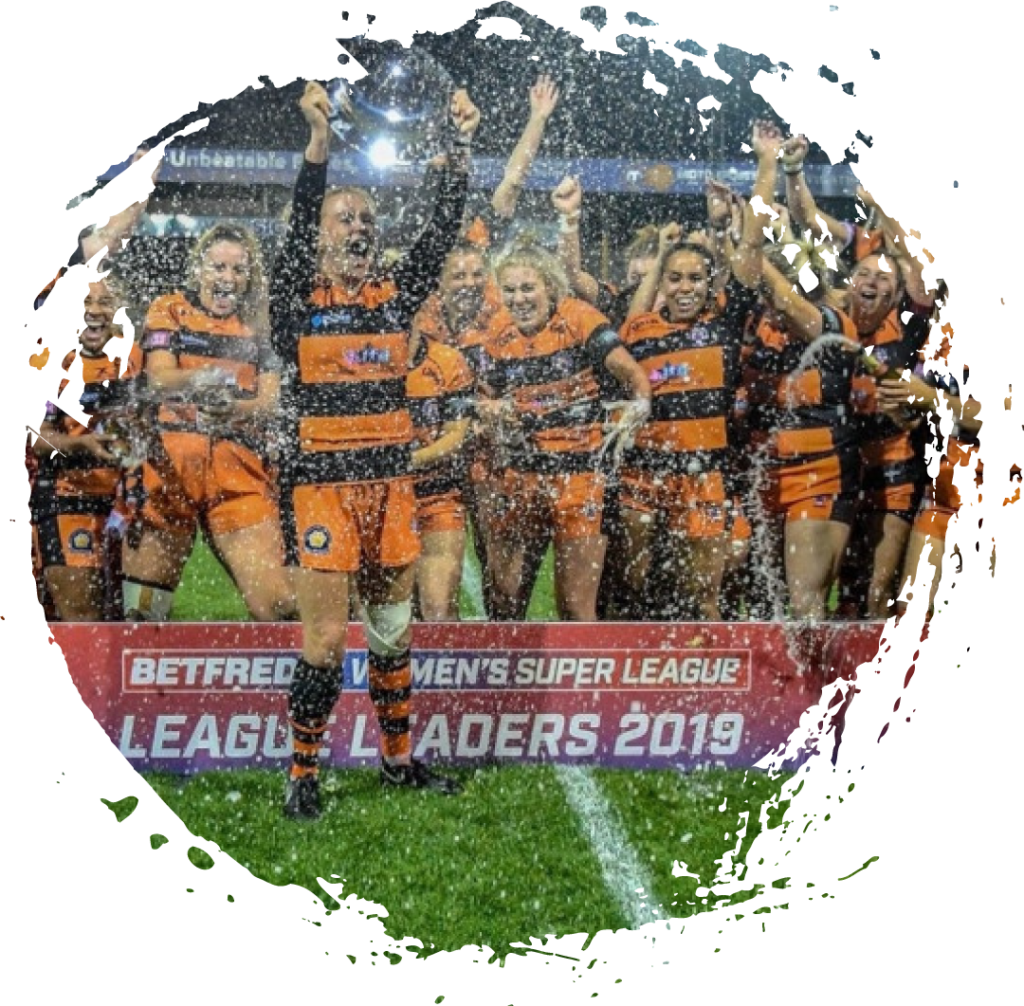 Simply drop us a line, and we’ll do the rest!​

Girl’s and women’s Rugby League has seen a huge surge in popularity in recent years. Backed by the Castleford Tigers Foundation and a generous roster of local and national sponsors working in close partnership, we are able to support aspiring female Rugby League players better than ever before.

Exciting plans in 2021 see a host of new ‘free’ qualifications and skills available ranging from Level 1, 2 and 3 via the all-new Tigers College; allowing female players to enhance their learning and development alongside playing opportunities. The ever popular BTEC Level 3 Extended Diploma in Sport also continues following the successful recruitment of our first female intake in 2020.

Further information and details of how to enrol can be found here!

All of our 2022 Tigers Women’s player profiles can be viewed HERE! 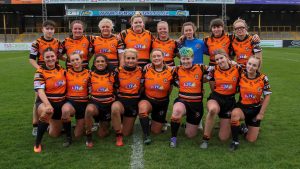 Castleford Tigers Women entered the new campaign with an exciting rebuild which saw the appointment of England Women’s Analyst Matty Faulkner as the New Head Coach of the Tigresses, as well as the Education and Pathway Manager. An aspect of the role Matty was really keen on implementing was the development of a women’s pathway that clearly showed progression from the college programme through to being a Tigers player, and also recruiting young, local talent to the Club.

The 2022 season further saw a new captain named with Kaitlin Varley stepping up to the post. The 18-year-old was one of the positives taken away from the 2021 season where she made her debut, and will be one of the youngest Club captains in the Women’s Betfred Super League competition this year. However, Kaitlin has been recognised for her strong leadership skills and will be joined by other experienced players with the likes of Leigh Powell, Natalia Mia and Maisie Lum all joining the Club too.

Click here to see the full Castleford Tigers Women’s squad for the 2022 season.

The Tigresses in Super League

Castleford Tigresses were coached by former England international player and England assistant coach for the 2021 season and forthcoming World Cup Lindsay Anfield. In addition, our Betfred Women’s Super League players benefited from a strong professional provision including strength and conditioning and physiotherapy in a professional environment.

Formed in 2017, The Tigresses come from a range of backgrounds; these include local community (amateur) clubs, with whom we have developed strong links and ex-Castleford Academy students, to individuals travelling from as far as Hull, York and Huddersfield. One of those players is rising star, Hollie Dodd. A former Castleford Academy student, who in 2019 became the youngest player ever to play in a Challenge Cup Final at 16 years and one day; a feat recognised in the Guinness Book of Records!

As one of four teams to enter the inaugural Women’s Super League in 2018. The competition has rapidly increased to eight teams with the ‘Tigresses’ widely regarded as one of the strongest teams. They reached the Challenge Cup Final in 2018, beating the likes of St Helens and Wakefield Wildcats in the rounds. A remarkable feat given the team was the youngest in the competition with an average age of just 19 years old. This was followed by individual recognition for Georgia Roche and Tara-Jane Stanley who both made the shortlist for the inaugural Women of Steel Award, with Georgia Roche going on to win the award becoming the first-ever Women of Steel.

In 2019, Castleford Tigers Women experienced further success by Winning the League Leaders Shield, lifting the trophy at the Mend-a-hose Jungle following a 44 – 0 win over the York City Knights with a game of the regular season to spare. They also reached the Challenge Cup Final for the second consecutive year and the Women’s Super League Grand Final but fell agonisingly short on both occasions against fierce rivals, Leeds Rhinos. The year also saw the Tigresses became the first club to play an internationally-based club game against the Catalans Dragons.

There was no competition in 2020 due to Covid-19. However, the Tigresses will be hoping to build on their experiences from 2018/19 when Rugby League resumes and remain well placed to achieve success both on and off the field. 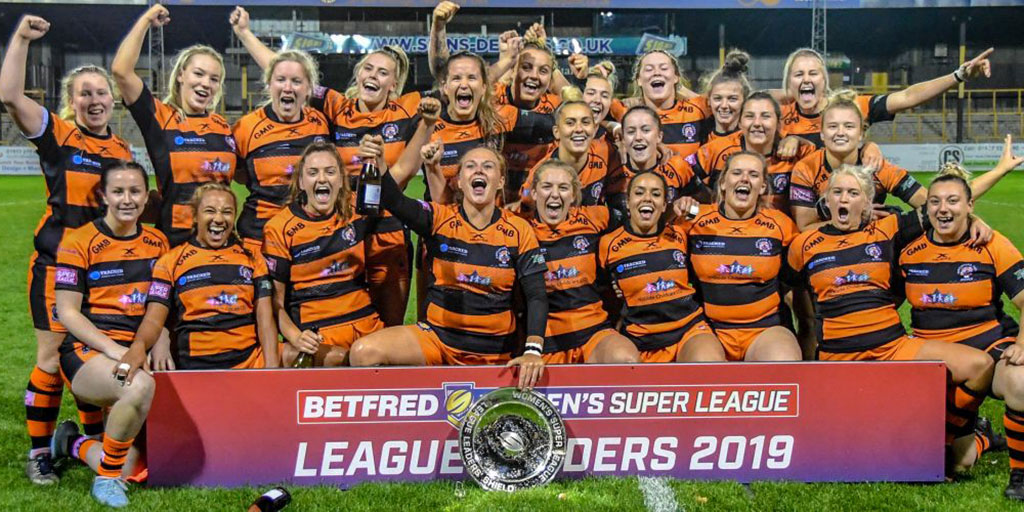