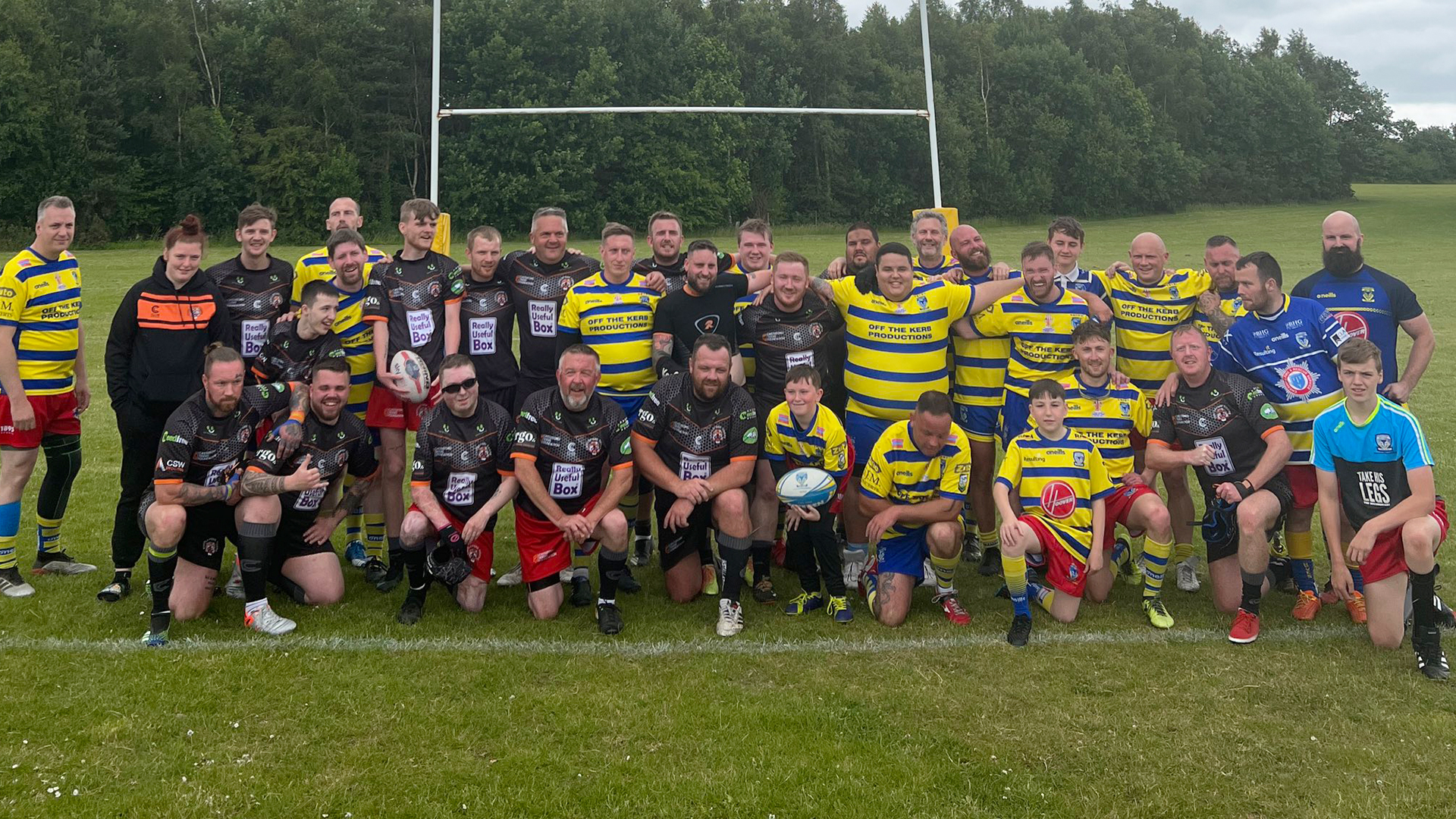 Castleford Tigers Foundation’s PDRL side had a Sunday to remember at Leeds Rhinos’ PDRL Festival which was hosted by local club Oulton Raiders, gaining two wins over Wakefield and Warrington!

It was the latest in the summer schedule for the Physical Disability Super League, following on from the wonderful festival held at The Mend-A-Hose Jungle during May, which you can catch up on here.

With six sides in the competition: Castleford Tigers, Leeds Rhinos, Warrington Wolves, Wakefield Trinity, Wigan Warriors and Bradford Bulls, across six festivals each team with play the other five twice, which will then culminate in a Finals Day Festival.

PDRL focuses on ability rather than disability at both junior and adult levels and allows people in certain circumstances to play the game that they love that perhaps they never believed they could. Our team at Castleford is proudly in its fourth year with fantastic support through the Tigers Foundation.

Our Fords faced local neighbours Wakefield and familiar foes Warrington in Outlon and picked up victories in both games!

Against Wakefield, the Tigers captain Nick Kennedy got proceedings under way with a typical break through the line and converted his own score. On his return to the side Chris Hall found acres of space and made the most of it to show a clean pair of heels and double our lead. Wakefield got one back before Simon Tams finished off the game with a score besting the Trin’s left-edge and a third conversion for Kennedy securing an 18-4 first win.

Kennedy started the scoring against the Wolves too off a great short pass from Dave Palmer the skip rounded two Wire defenders to go under the sticks. It looked to be an afternoon all about the big breaks, Ricky Fisher with the latest and a lightning fast run across the length of the pitch to give Cas a 12-0 lead. Warrington did strike back to make it 12-6 but the Tigers did enough to secure a second win on the day.

There are two regular season festivals to go with Castleford heading into them in fine spirits, next up it will be Wigan Warriors’ PDRL Festival on Saturday, 23rd July and then Bradford Bulls’ is on Saturday 13th August,

Would you like to support and sponsor one of our PDRL players? Not only will you be actively supporting them, you would be supporting Castleford Tigers Foundation in its delivery of a whole host of programmes to help make peoples’ lives better.

To give Castleford Academy a helping hand ahead of their all-important Champions Schools finals in Newcastle at the end of the week, the Tigers Foundation asked a couple of First Team stars to give the players some words of wisdom.
READ MORE

It is only days away until Castleford Tigers Foundation’s Learning Disability Super League side take to the field at St James’ Park on Saturday the 9th of July!
READ MORE

Castleford Tigers Women put in a commendable and committed performance during their last outing against Wakefield Trinity but were edged out by eight points to four last weekend.
READ MORE