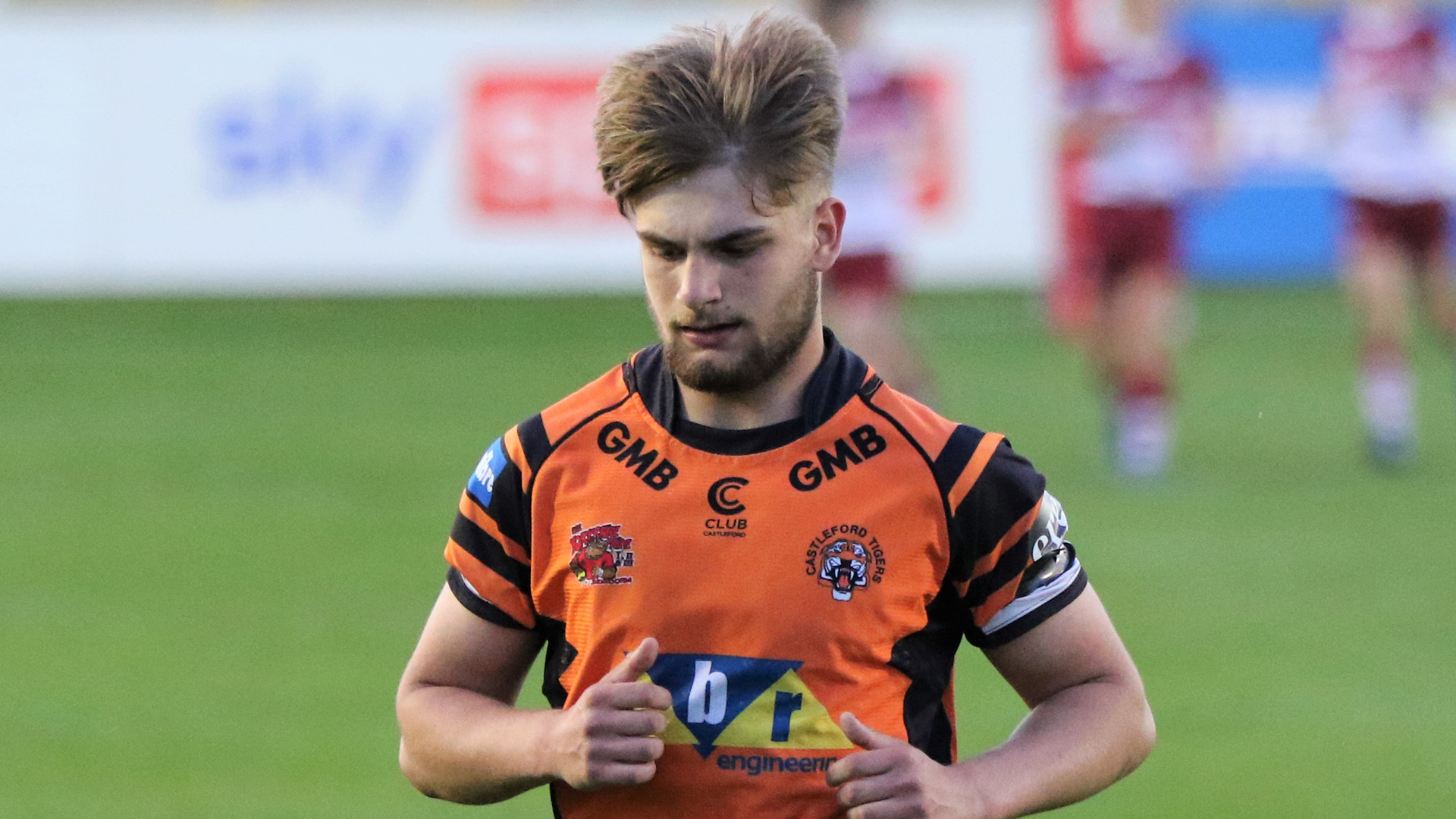 The young Tiger will lead the team out at Dalkeith RFC near Edinburgh when they take on England Community Lion on Saturday, 6th August 2022.

Ahead of the game, castlefordtigersfoundation.co.uk caught up with Cameron and he was overjoyed at getting the chance to lead out the Scottish side.

“It’s an absolute privilege to not only represent my country but to lead the team out too.

“I’m actually quite patriotic about it, my grandad is Scottish and it’s a moment where I can make him very proud.”

It’s been a season full of lessons for Docherty who has featured a lot in the Scholarship 2022 campaign, with the support of his teammates and staff he believes the team will all go on to develop into their rugby careers.

“It’s been brilliant, you’re not going to win every game, but I think we tried in every game and that brought a lot of character. Hopefully, that will help mine and the rest of the lads’ development. I’m quite confident it will, and it’s been good playing with people I’ve made good friends with.

“I’ve loved it, our core values are strong, and it’s made it enjoyable because we all had the same motivation to win games and play hard.

“The staff have been really supportive and the group we have is a very inclusive group. If you ever need anything, it was there, you could always talk to a coach and ask questions.”

The values Docherty has lived as a Tiger this year are all about the effort in every game, and he is taking that same mindset into the international fixture for Scotland this weekend.

“You can’t try predict a score line, I’ve told the lads all we need to do is tackle hard, run hard and whatever happens as long as we’ve tried our best.”

Best of luck to Cameron, the Scottish side and the England Community Lions team too from all of us at Castleford Tigers.

The Fords are thrilled to hear the news that Hannah Martin, who has been shadowing the Club’s medical staff this year, has now become a fully qualified physiotherapist.
READ MORE

Our Tigers PDRL team take to the field again on Saturday at Odsal Stadium in Bradford!
READ MORE